4. EXTROVERT AND INTROVERT IN SLA

Related to personal factor in SLA will refer to type character of acquirer. The language is performance skill, thus in consist of types they are extrovert and introvert acquirer. Zang (2008) stated that extrovert means a person more interested in what is happening around him than in his own thoughts and emotions. Besides, introvert is a person who often shy and unwilling to speak or join in activities with others, they more interested in his own thoughts and feelings than in things outside himself. Thus they prefer says what it their mind than response environment. Two different type also affected how to acquire L2. It assumes that extrovert acquire target language better than they are shy or introvert. Based on study in Canadian high school showed that 70% extroverts student willing to communicate even they are not success they not embarking corrected during practice English about their mistake. It means that they have higher chance to practice than introvert who tend to avoid to speak. Moreover, extrovert acquirer more confident with low level anxiety level toward SLA process.

Second Language Acquisition (SLA) refers to the study of how students learn a second language (L2) additionally to their first language (L1). As well as the FLA, the SLA also has goal to picking up the target language. Related to the process filter hypothesis refer to 3 categories self-confident, motivation, and anxiety. Individual differences affect second language acquisition. It differences may be developmental, cognitive, affective or social. Moreover related to personal factors of SLA there still other variable Inhibition, risk taking, attitude, and empathy. Those variable combine into internal factor called as personal aspect of L2 acquisition.

Self-esteem is a person feeling about person feels himself/ herself. High self-confidence  helps to achieve target language. Self-confidence more often arise on second language acquisition related to fear of making mistakes and it does not appear at L1 process.
While generally Self-esteem was divided into three types: global, situational/ specific, and task (Brown, 1994). Global self esteem means overall assessment of one’s worth. Self –esteem is self evaluation in various situation occurring on his or her life such as at work, and in individual characteristics, such as personality and intelligence. Task self-esteem is self-evaluation in particular task. In performing of L2 practice students is always associated with the three types. Self esteem also affects of social networks and interlocutors. Acquirer should excellent or the reverse due to their feeling of SLA, because self-esteem is powerful impact on the learners’ results.

Brown (1980: 81) states that every person has a different motivation among each other to do or act. Generally this motivation that can be interpreted as a push of inside, impulse, emotion or desire (Martos, 2006). Therefore, the motivation also called as one of the personal factor in encouraging the acquisition of a second language. It can be said that those who have the drive and purpose to learn a second language from within themselves tend to be more successful. They will be faster and better in the acquisition and learning process. They have believe their own motivation. Learner’s active involvement and attitude toward learning if they have strong motivation.
Related to second language acquisition, motivation is one of the important role. Motivation is a kind of desire for acquisition process. It is difficult to teach a second language if the learner does not have a desire to learn L2. The consideration from that aspect, it affecting learner active and desirable in the learning process. Motivation has two functions, namely instrumental and integrative function. The first, the instrumental function will appear when the motivation that drives person try to learn second language because of certain purpose, such as obtaining employment, social mobility or the other. The second. Integrative function will desire or urge to grow in the second language The work that is due to communicate with the public speakers of the language. According to Olivera and Martinez (n.d.) related to their study about the importance of motivation intensity of English SLA, instrumental orientation motivation around 45,45 percent and integrative orientation is 58,53 percent thus integrative function is higher then instrumental. From both the above functions, linguistic experts have different conclusions about which factors are more inherent in a person in relation to learning a second language. Significantly motivation has role in SL achieving proficiency and competence (Gardner and Lambert in 1972 and Dörnyei 2001). The combination of effort, desire, and favorable attitudes to achieve the goal of target language.

Inhibition is one of individual obstacle during language learning process. It likes obstacle to use toward target language and culture (Zafar & Meenakshi, 2012). Inhibition also tends to intrinsic of the learner not from social condition. How leaner perceive the target language and culture. Internal threats, such as learners judging themselves harshly for their mistakes, and external threats, where learners perceive others are part of inhibition.  However, actually all of is not real and only in learner mind. Learner will be more tolerant and open of their mistake, thus they more creative during this learning. Finally in can promote communication freely and willingly to do trial and error.

Learner tend to afraid to make mistake during the second language acquisition. Whereas, highly-motivated learners are often moderate risk-takers, preferring to make intelligent guesses (Zafar & Meenakshi, 2012). The learner have to has willingness about take risk, encourage risk both in the class and outside the class. self-esteem take more risks, that fossilization is due to unwillingness to take risks, and that teachers should encourage risk-taking behavior (Brown, 1994). Willingness to make mistakes allows learner to improve by getting feedback on what are you doing wrong and how to fix it.

Anxiety is the subjective feeling of tension, apprehension, nervousness, and worry associated with an arousal of the automatic nervous system (Horwitz, 2001: 113). The characteristics of anxiety can de defined as the state of apprehension, fear, tension and feelings of uneasiness (Brown, 1994; Horwitz et al., 1991; Scovel, 1991, cited in Tasee, 2009). Related to teaching and learning process, anxiety is students’ feeling that occurs naturally; such as apprehension, nervousness, and fear. Second language anxiety has been found to have potential negative effects on academic achievement (e.g., lower course grades), cognitive processes (e.g., not being able to produce the language), the social context (e.g., communicating less), and the reaction for the language learner (e.g., traumatic experiences) (Tallon, n.d.).
Anxiety may rise from individual and situation circumstance.  Tendency to worry caused by a competitive environment can be facilitative or debilitative to success in SLA. Horwitz, Horwitz & Cope (1986) assumed second language anxiety is known that some people have an anxiety reaction against learning the language. The anxiety reaction is developed gradually as learners try hard to make progress. Indeed, the question of whether second language anxiety is the result of poor language learning or not has been controversial (Tasee, 2009). In Second Language anxiety should be low anxiety, as well as low filter, they are more confident to use target language. Moreover, it can represent an emotionally and physically uncomfortable experience for some students. Anxiety will affect students’ performance, especially their performance. High anxiety has a negative effect on performance (Elliott, et al., 2000: 345).

Attitude and aptitude is one of the second language research and practice related to the “acquisition-learning hypothesis” (Kharsen 1981: 19). providing explanation for what had appeared to be a strange finding: both language aptitude (as measured by standard tests) and Attitude during second language acquisition process appear to be related to second language achievement. It can be said a critical role how a learner fight to acquire. Thus adorable attitude is the key of success. Acquirer should be patient toward the process, never give up toward the mistake, and aware each stages the process. Attitude also assumed as one factor that directly affects SLA because there are relation between achievement and LA (Kharsen 1982: 30). Only in this way can help to promote students’ language acquisition effectively.

During acquisition and learning process acquirer should pay attention and respect what other said or empathy felling. Empathy imagines oneself in the certain circumstance and to experience, to some degree, the emotions that the other is experiencing (Nickerson, Butler and Carlin cited in Olivares, 2012). In SLA It will help acquirer easier comprehend the target language. The capacity to be aware what other feels which involve oneself with other called as empathy in LA. Empathy is essential to FL learning. Moreover, based on a number of studies is that women are generally more empathic than men.
In other hand acquirer should pay attention on a number of factors during language acquisition process beyond above variable. Actually there are still a number of personal factors such as aptitude, regular practice, emotional involvement, and humble approach of target language.

To develop language target language people undergone language acquisition process both first and second language. The first language acquire also called as mother tongue process which acquired since a baby was born. Whereas the second language achieved after first language both child or adult. During the SLA assumed more difficult than FL because it need conscious ways including learning process. However it is learning process the goal is pick up the language. SLA involve internal and external factor. The internal factor refer to individual role to acquire the target language. They are self-esteem, motivation, anxiety, inhibition, risk-taking, attitude, and empathy. Those variable related to affective filter hypothesis which explain how establish low-filter during SLA process. It will rise comprehensible input that support acquisition. Then, the role of personal during SLA should be apply self-confidence to arise on second language acquisition related to fear of making mistakes. Motivation is one another factor that can affect students in acquiring second language. It encourage SLA both instrumental and integrative motivation. Motivated learner will active involvement and attitude toward acquisition. Then, low anxiety will develop to make progress. Beside, learner or acquirer should are not fear to take risk of language mistake, have adorable attitude, to be aware of another´s feelings and to share them trough empathy. 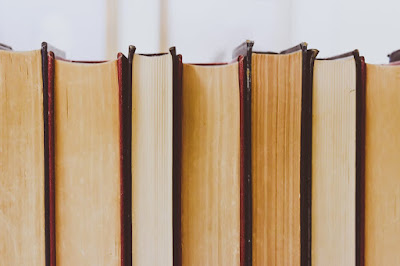 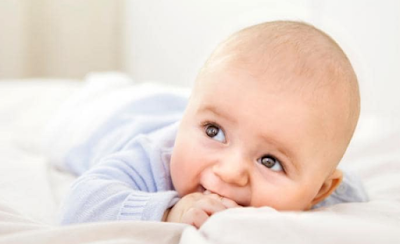 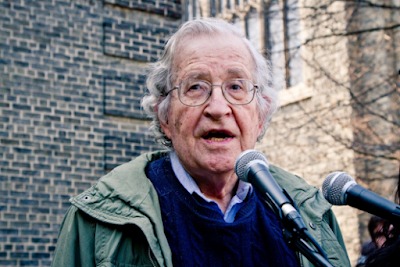