Oleh agungnesiaPada Desember 13, 2016 1118 views
★★★★★
Foundation of Language,5 / 5 ( 1voting )
Language acquisition in children process involve biological, cognitive, and social aspect. The development of human language is unique, how those aspect affecting the acquisition and development. To discuss more, we have to understand the foundation of language first. Therefore it will be deal with do animals have language, what is biological basis of language and mechanism are necessary, cognitive and social basis of language development, and the relation of language and thought. 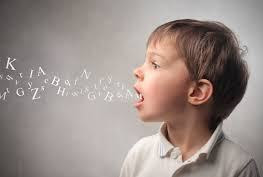 1. Do Animals Have Language?

Human and animal produce sound. What all sound are language? A number of research have been conducted research to examine do animal have language or not. To explain this question we have to understand first what is language? Language is human speech in an artificial system of signs and symbols with rules for forming intelligible communication. Whereas, animals produce or do communication. Communication means convey information sender to receiver or inform each other to deliver message. Define communication easier than language, It is also called as signal. Signal is form of communication (sound, smell, gesture, etc.). Is not merely delivered in sound even without sound. To tell information in a communication animal do a creativity to create different sound or gesture for different purposes. For instance : Lions have urine on tree to border their territory. Therefore, those what animal do to send information called Animal Communication System.
Animal communication system differ from human language. Human language involve might single out semantically, arbitrariness, displacement, openness, tradition, duality of patterning, prevarication, and reflectiveness. These features have in common that they relate to the fact that language is about meaning, and provide us with the ability to communicate about anything. Human has ability to use syntactic rule then produce a number of words. The syntactic functions as follows: Combine word to create new meaning, Well-ordered sentences of syntactic categories (Noun, verb, adjective), use proper verb in sentences, and able to distinguish how use semantic words. These communication system is not available in animal. However, animal has rich symbolic of communication system to convey message, purpose, it still lack the richness of human language. Finally we can conclude that animal communication system and human language quietly different.
Can we teach language to animal? Animal is possible that have the biological and cognitive apparatus to acquire language. Therefore they can produce language. For instance, a parrot can imitate mimic human speech including verb, noun, adjective, even can count and called a number of color, but their linguistic abilities are extremely limited. can’t use function word, can’t related object to verbs, and syntactic ability was limited.
The apes can learn language, primates have rich communication system in the wild. Moreover, the apes performed at levels close to that of young child. But the failure of apes in acquiring language are: Cognitive limitations, non-cognitive prerequisites to linguistic development, and basic cognitive tasks language is not essential. In short however apes can learn associate names with action and objects, but there is more language than this. Chomsky stated that only human passes a language acquisition device (LAD) that enable to acquire language. Children have linguistic and cognitive ability which not available in apes.

2. The Biological basis of language

The biological aspect of language involve brain function, age, and sex. About human brain, The localization of function. Each human part has specialize task, then which part of human brain to produce language. Human brain is divided into two hemispheres, left part concern with analytic, time-based processing. The right hemisphere concern with holistic, spatially based processing. Language function localized in the left hemispheres. In addition, Broca has function to produce language, and wernicke has function to understand the language.
Sex also influence of language competence, Girl have greater verbal ability than boys, but boys better in mathematical and spatial task (Kolb & Whishaw, 1996). But to finding the different where the brain is difficult, it tend to cultural factors than biological causes. Based on X-ray showed that in the use of interruption, men do more than women, and women are more likely to be interrupted than men. It showed on a narrow beam the brain.
Critical period hypothesis, The critical period start from age of 2 up to 7. It not only about spoken language but also cognitive development. However adult can learn sign language but it less efficiently. Degree of flexibility of critical only happen in an early childhood. Critical period also effectively to acquire second language acquisition.

The development of children language take place in some cognitive stages. The first is sensor motor period, child has only innate reflexes start birth up to 2 years old, child also achieve concept of object. Then pre-operational stage, child have perception and capable of symbol function which influenced by own perception of environment until age of 4. Next, concrete operation at the age of 7-11/12 child has logical reason especially for real or seen object. The last formal operation stages think about potential events or abstract ideas logically at the age of 11/12. In short, cognitive hypothesis stated that cognitive development drives linguistic development, Even Sincliar-de-Zwart (1969) explained language training on has small effect or does no affect basic cognitive process and only help in description to focus relevant aspect of task.Foundation of Language
The language development of impaired students, blind, deaf, and sighted children has different in linguistics development and cognitive language also different. For blind or visual impaired children is slower than sighted children. The language development of blind children were meaningless, over generalization, and probably totally wrong. Blind children acquire 50 word between mean ages of 1 year 4 month and 1 year 9 month. They also only understand fewer animal name, and difficult to silent object like dirt, powder. In syntactic they more use repletion phrases. In addition, for hearing – impaired children, their spoken language is impaired, for deaf use complex gesture spontaneously. The acquire sign language normally as well as non-impaired children. They need language sign to interact with family and social interaction. In the other issue. Autism children has difficulties in social communication which arise lack of a theory of mind about how the other think and feel. Moreover, their speech very different from or limitation of language ability normal children is known as SLI (Specific Language Impairment).

4. The Social Basis of Language

Social interaction affecting language acquisition and development. It has function as context when certain utterance conveyed properly and to develop words, phrases, sentences in real situation. It also involve emotional, malnutrition, and social deprivation, because language is social meaningful situation. Social interaction start from first interaction with mother, family, adult, other people, and environment. Therefore, for effective language learning must take place in social setting. Social interaction also is needed in acquisition language to support cognitive development. The social has function context of LASS (Language Acquisition Socialization System). In short, social setting are important for linguistic development to provide feedback from adult to children as vital role in development. It also has role to facilities the task of learning grammar for instant usually parent repeat more ill-formed utterances than well-formed one.

5. What is the Relation between Language and Thought?

There are number of relation that stated by researcher, thus to explain the connection between language and thought such as : Cognitive development also determine language development, Language and cognition are independent faculties (Chomsky’s position), language and cognition become interdependent (Vygotsky’s position), and idea that language determines cognition is called as the Sapir-Whorf hypothesis.
Piaget stated that thought determines language in order to deliver individual idea to social in language. Though give ways to produce social speech as communication. It means that child thinking aloud. Other hypothesis from Vygotsky (1934/1962) stated that speech and thought have different roots. Though development affecting social context, but language and though have different ways. The first one, prelinguistics child independently and the other hand language is acquire from social. Therefore both of them is process of learning language. In addition, the Sapir-Whorf hypothesis stated that form of language determines the structure of our though process. Thus language affects when remember thing and way to perceive the world.
Reference
Harley, T.A. (2001). The psychology of Language. New York: Psychology Press
Baca juga:  Viral Privilege, Pahami Arti Kata Privilese Ini Biar Tidak Gagal Paham